He was born in 1977 in Łódź. He studied at Władysław Strzemiński Academy of Fine Arts in Łódź at the Faculty of Visual Education. In 2006 he graduated with honors degree in painting and drawing. During his studies he received a scholarship of the Danish Government. In 1997-2001 he also studied Philosophy and Cultural Studies at the University of Łódź.

He is listed twice in the Compass of Modern Polish Art – the prestigious ranking of Rzeczpospolita. His paintings are characterized by formulation of expression and can be assigned to the trend of young figurative. He has shown his works in both public and private galleries throughout the country for ten years. He has more than 20 solo exhibitions and in 2014 he presented his art at a group exhibition in Amsterdam. In addition, he constantly collaborates with major commercial galleries in Poland, and his works are in private collections in Poland, England and Switzerland.

The artist has successfully taken care of artistic education of youth and adults for many years, guiding his art studio. He is involved in the works of many local educational and cultural institutions. 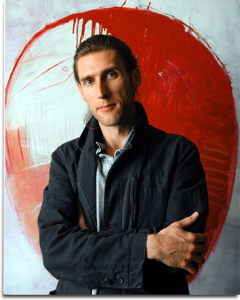